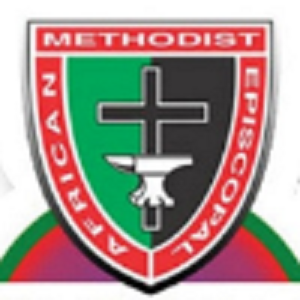 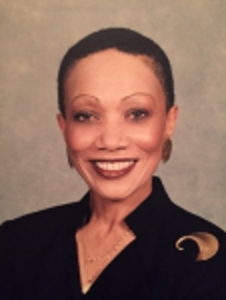 The Genesis  of the Ministry: The Clergy Family Information Center began in 1999 as "A Special Project" of Mrs. Ora L. Easley, who served as the president of CONN-M-SWAWO + PK's  from 1997-2005, and grew from a minuscule grouping of email recipients receiving communications  containing the service arrangements of deceased family members of the organizational officers to the current email communication network, which post emails to Districts 1-20, inclusive of the church leadership, clergy families, offices of Episcopal Districts, offices of presiding elders, offices of AME Church institutions of higher learning, offices of chaplains and local churches.

Also, in 2010 the ministry became a part of the social media community, Facebook, Twitter, LinkedIn and a Ministry Blog. In September 2010, the AMEC Clergy Family Information Center secured its own domain acronym, "Amecfic.net" to better serve the growing ministry and also secured a business Telecommunication account.

At the 49th Quadrennial Session of the General Conference held June 27, 2012 - July 4, 2012 at the Opryland Hotel, Nashville, Tennessee, Bishop Carolyn Tyler Guidry #122, who had served as Social Action Commission Chair, retired from active service. At the meeting of the AME Church General Board following the closing session of the General Conference, Bishop Reginald T. Jackson, newly elected Bishop (132) was assigned as the Social Action Commission Chair.

The Clergy Family Information Center, with it's MISSION as a global online conduit of Compassion and Caring,  continued it's growth and outreach under the leadership of Social Action Commission Chair, Bishop Reginald T. Jackson.

To eliminate the time-consuming process of resending email messages upward to ten times by the Administrator for each notification, Email Marketing was secured (Mail Chimp) as the ministry database continued to expand.

Under the visionary and challenging leadership of Bishop Frank Madison Reid, III, the CFIC continued to make technological advances in its email posting procedures and adding more "eye appeal" to the communications, using graphics and borders. In February 2017,  we began posting (1) photo with each congratulatory announcement and  statements of gratitude publication was offered weekly on Thursday for church leadership who receive a large outpouring of responses and wish to express gratitude to the Connectional AME Church family for kindnesses shown during their season of bereavement.

At the 2016 Winter Meeting of the Council of Bishops and General Board Meeting an Electronic Protocol was approved; the CFIC per The Doctrine and Discipline of the African Methodist Episcopal Church 2012, posting regulations were re-defined as “emailing bereavement related notifications and congratulatory announcements.”

BROADEN READERSHIP: In March of 2017, the Editor of the Christian Recorder, Mr. John Thomas, III, with a verbal agreement "only" between the two entities, began including the notifications of bereavement and congratulatory announcements in the AME Church Christian Recorder, giving the ministry information a wider readership internationally.

The Office of the AME Church Sunday School Union, Rev. Roderick D. Belin, President/ Publisher, designed the first official ministry logo and a banner for use in publishing email notifications and for the website.

In 2020, after receiving several inquiries from Episcopal District 14 and 17-20, as to whether the ministry was inclusive of their Episcopal Districts since the majority of the notifications were focused on Districts 1-13 and 16, the word International was appended to the title of the Administrator on each notification to denote all inclusiveness, along with the existing language converter.

At the 51st Session of the African Methodist Episcopal Church General Conference held in Orlando, Florida, Bishop E. Anne Henning Byfield  #135 was assigned as the Social Action Commission Chair and The Office of the AME Church Sunday School Union,  Dr. Roderick D. Belin, President/ Publisher, designed and copyrighted another banner-header for use in publishing email notifications and for the CFIC website, under the insightful and creative leadership of Bishop E. Anne Henning Byfield.

In November 2021, The CFIC began utilizing social media (FACE BOOK) for placement of All clergy family  notifications posted via email on the CFIC Ministry Wall. Excluded are personal email addresses and phone numbers. Previously only the church leadership had been posted on Social Media.

A cherished comment received, following the announcement of the CFIC website being shared with the connectional church as an annual conference memorial committee resource the message below was  received from the Senior Bishop of the African Methodist Episcopal Church; "Mrs. Easley, I actually believe in EVOLUTION (to a point). Your new offering to assist Annual Conference Necrology Committees meets a vital need. What you initiated in the early days (at least 2002) was needful. Your work is EVOLVING and still meeting a great need! Thank you! Bishop A. J. Richardson, Tenth Episcopal District, African Methodist Episcopal Church, Senior Bishop."

Where will we go from here? as with its inception, the Clergy Family Information Center "will go where the Will of God leads."

“Step out on faith, embrace the impossible. Walk in the vision of God, and be assured that when God gives you a vision, He also has provisions which are already waiting for you."