Gertrude Haynes Trescott was born to the late Reverend Harry and Virginia Manigault Haynes on January 10, 1929.  At the age of twelve she accepted Christ as her savior, joined the church and during her youth, served in the following areas: Gleaner, Junior and Senior usher boards, Sunbeam, Junior and Gospel Choirs, ACE League and YPD.  At age thirteen she was elected 1st Vice President of the Kingstree Area YPD.  Over the years she held the following positions in the local church: Director of Children’s church, ACE League, YPD, Christian Education and Membership and Evangelism, WMS PME Director, WMS President, Chairperson of Stewardship and Finance, Class Leader, Associate and Assistant Pastor.

Her Christian training and experiences have been varied and many.  She attended many seminars, workshops, retreats and classes.  She attended summer classes of Inter-denominational studies for four years at Winston Salem State College where 18 denominations were involved.  She attended the World Methodist Conference in Singapore and went to a conference in Seoul Korea.  Her marriage to a minister who served in several denominations gave her knowledge of the Reformed Episcopal, Congregational, AME Zion, Baptist and Presbyterian doctrines, as well as the AME doctrine.  She remained faithful to the AME because she knows who she is and whose she is.

Gertrude acknowledged her calling into ministry January 1954 and did her initial sermon in November of the same year.  She was licensed to preach by Presiding Elder J. B. Jennings at St. Stephen AME Church, Hardeeville, SC in January 1956.  Bishop W. M. Bonner bestowed the Local Deacon’s Order upon her in October 1959 at St. Luke AME Church, Charleston, SC.  In 1964 at St. Luke AME, under Bishop Carey A. Grady, she received the Local Elder’s Order.  In January 1984 she supplied at New Hope AME Church, Pinewood, SC. November of the same year, her relationship was changed to Itinerant by Bishop Frederick C. James and she was appointed pastor of the same church, becoming the first female pastor in the Central Conference.  She has since served as pastor at Providence AME Church, St. Matthews, SC, Howard and St. Peters AME Churches, McClellanville, SC (making her the first female pastor in the Mt. Pleasant District), Greater Jerusalem AME, Lane, SC, Mt. Zion AME, Summerville, SC and Bethel AME, Goose Creek, SC.  She retired from the pastoral ministry, October 2000.  July 2018 gives her 64 years in the preaching ministry which includes16 years as a pastor.  Currently, Gertrude continues her preaching ministry, does workshops and leads Bible Study groups. She is a member of Moncks Corner AME church, Moncks Corner, SC.

She has traveled extensively in the United States, including Alaska and Hawaii, ten countries in Europe, four countries in Africa, Canada, Singapore, Korea, Israel, Egypt, the Caribbean and Bahamas.  She was privileged to preach in several states in the US and Africa. For her 90th birthday she is taking a South American Cruise in February.

Gertrude is a member of the AME Women in Ministry and served as Worship Director for the first Connectional WIM Board.  She served as the first President of the 7th Episcopal District AME Women in Ministry. In June 2011 the Connectional Women In Ministry awarded her the Jerena Lee Pioneer Award.  She served as Engrossing Secretary for the Central Annual Conference and the secretary for the Charleston District Pastors, South Carolina Conference.  She served on the Central, Palmetto and South Carolina Conferences Board of Examiners.  She also served on the 7th Episcopal Board of Examiners that wrote the training manual Becoming a Minister.

With all the varied activities and experiences, according to her, Gertrude’s greatest accomplishments and source of pride are her two daughters -Tanya Harper (Remus); Cathy Owens- deceased; one son – Bartholomew Trescott (Liza), three grandsons, two granddaughters, two grand daughters-in-law and five great grandchildren.  She truly knows that God has been good to her during her 90 years on earth.

90th Birthday well-wishes can be sent to:

Mrs. Gladys F. Nettles, a native and resident of Camden, Arkansas, first African American woman to win the office of Ouachita County Circuit Clerk in 2017, was sworn in for her second term of office Tuesday, January 1, 2019.

Gladys is married to the Reverend Gregory C. Nettles, pastor of Bethel AME Church, Camden, Arkansas and the Twelfth Episcopal District Coordinator of the Sons of Allen. Mrs. Nettles also serves as President of the West Arkansas Conference M-SWAWO + PK’s.

She has over 30 years of experience in county government and held a variety of roles including experience as Probate Clerk, Filing Clerk, Voter Registration. She is a graduate of Camden High School, and Bryman School of Nursing, San Diego, California. She is a licensed Notary, and Vice President of Ouachita Enrichment Center Board of Directors. The Enrichment Center provides shelter, employment, and education to children and adults that have developmental and physical challenges.

Congratulatory messages can be sent to: gladysnett2@gmail.com 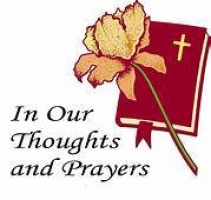 The Reverend and Mrs. Clive Pillay, retired pastor and first lady, Cape Conference of the Fifteenth Episcopal District offers much thanks to God for the birth of their fourth granddaughter, Gianna Lily.    The proud parents of baby Gianna Lily are Henri Pillay (son) and Tracey-Lynn Pillay, (daughter in law). Isaac John and Magdalene Jacobs, are the parents of the happy mother, Tracey-Lynne.  Both mother and baby are healthy and doing well.

Psalm 127:3 “Children are a heritage from the Lord, offspring a reward from him.

Herman O. Kelly, III, Son of Dr. Herman O. Kelly, Jr. and First Lady Linda M. Kelly Pastor of Bethel African Methodist Episcopal Church Baton Rouge, Louisiana, serves in District 7 Southeast Washington DC Metropolitan Police Department. He was was voted as Most Valuable Player in the Metropolitan Police Department for the Fall and Winter season averaging over 22 points per game and over 12 rebounds. Officer Kelly recently was selected to serve on the Narcotics, Special Investigation, Drugs Unit in Washington, DC.  Kelly is former captain of the basketball team at University of Tampa. He was a 2012 graduate in Criminal Justice, and 2017 graduate of Boston University Metropolitan College master’s in criminology.

Congratulatory responses can be emailed to: spidermh7@yahoo.com